October 30th 2017: Last night Animal Concern Advice Line was asked about the safety of Halloween costumes for dogs. We bought one and tested it.

An animal welfare charity has issued a warning to pet owners thinking of taking their pet dog's guising tomorrow evening. Many shops are selling Halloween costumes for dogs and they are proving popular with the public. However Animal Concern Advice Line (ACAL) conducted a fire test on one garment and found it to be highly inflammable. The bat costume caught fire within seconds of a match being held against it and was well ablaze in about one minute. The costume emitted black smoke and dripped burning, melted fabric. There was little left of it after just a few minutes. 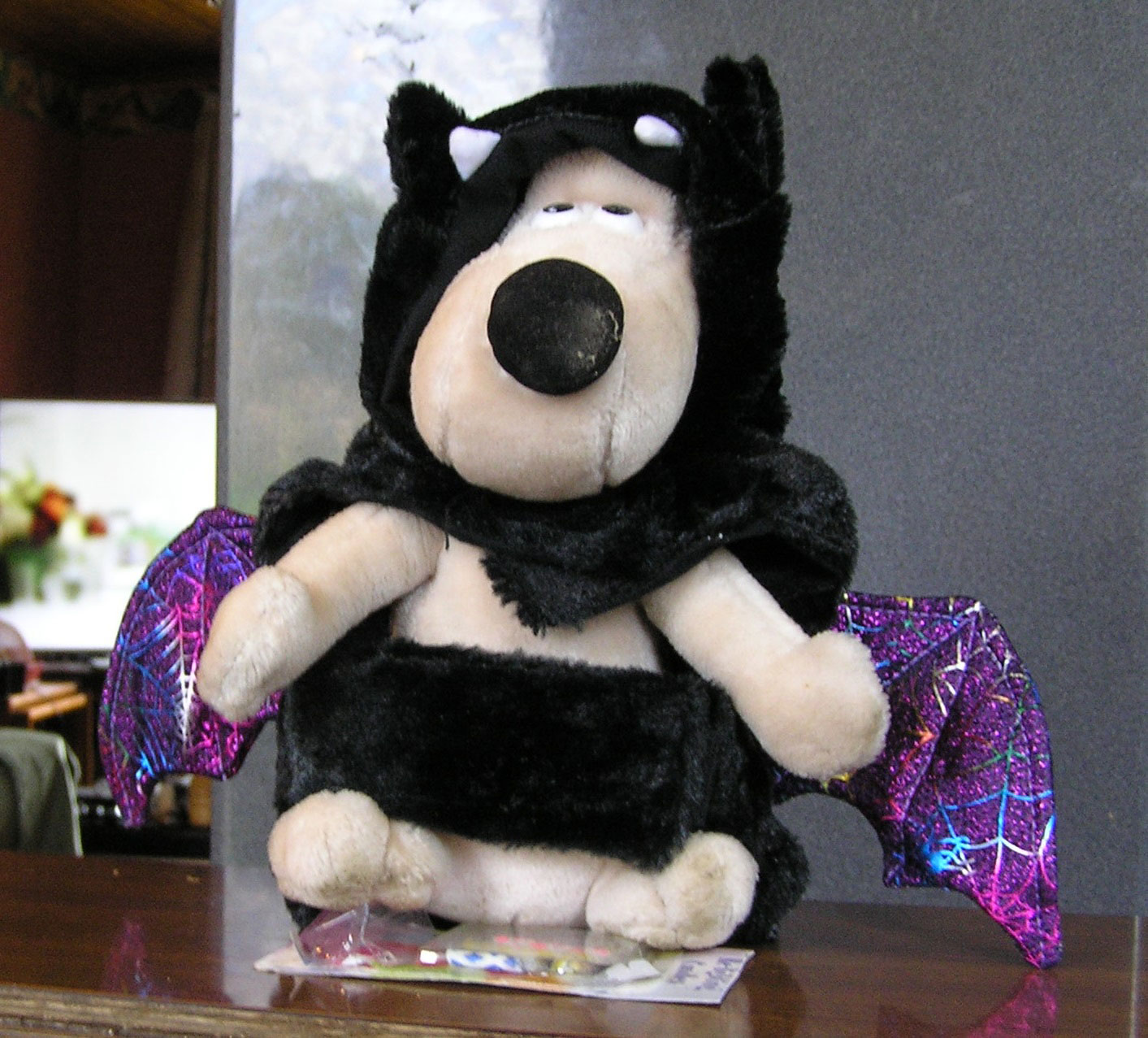 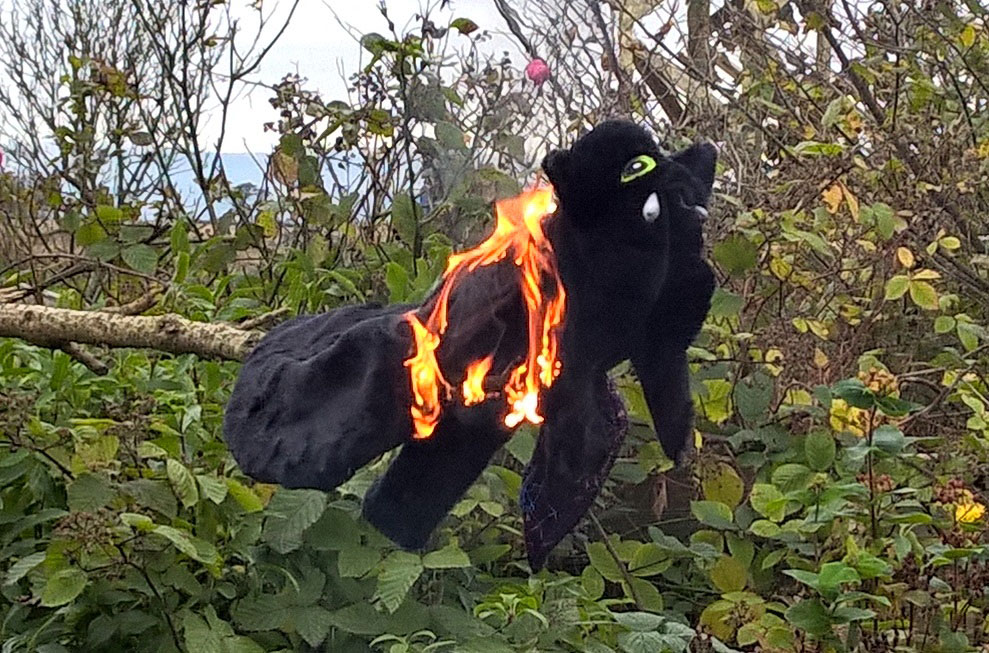 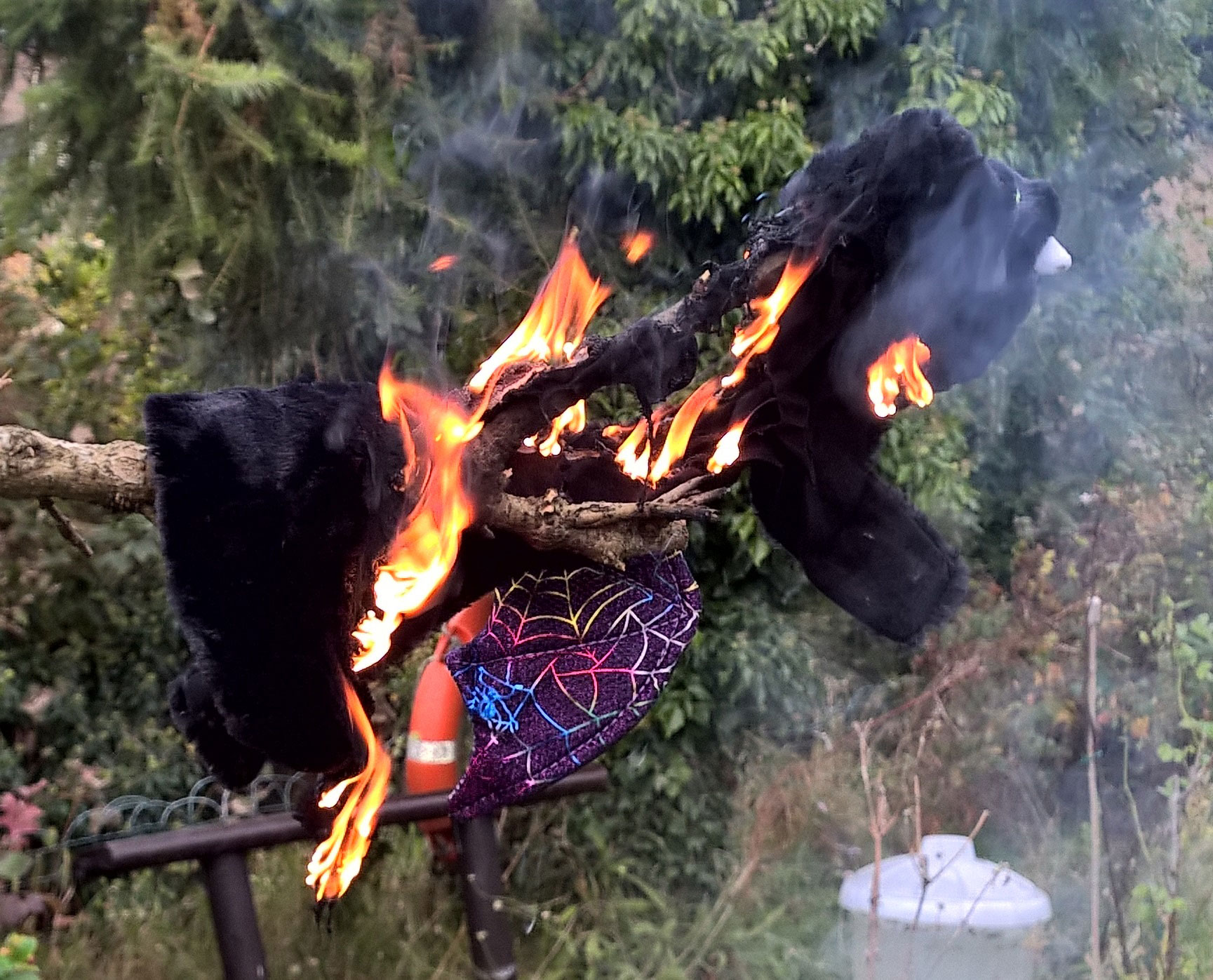 “Halloween is a time of excitement for children who like to dress up and carry carved lanterns lit with candles. If a dog in a costume brushed against a lit candle it could be ablaze in seconds. The animal would react by running away giving the owner little chance to extinguish the flames. A burning dog could set fire to the child's costume causing severe injury or worse.”

“Dressing–up dogs may seem like a bit of harmless fun but it does put them at risk. For instance dogs use their ears and tails to communicate with each other and without these subtle signals of submission serious fights can break–out.”

“Another Halloween risk is in the booty collected by guisers. Chocolate is not a treat for a dog, it is a sometimes lethal poison.”

“My advice to pet owners at Halloween is don't dress them up and don't feed them up. The results could be really scary.” 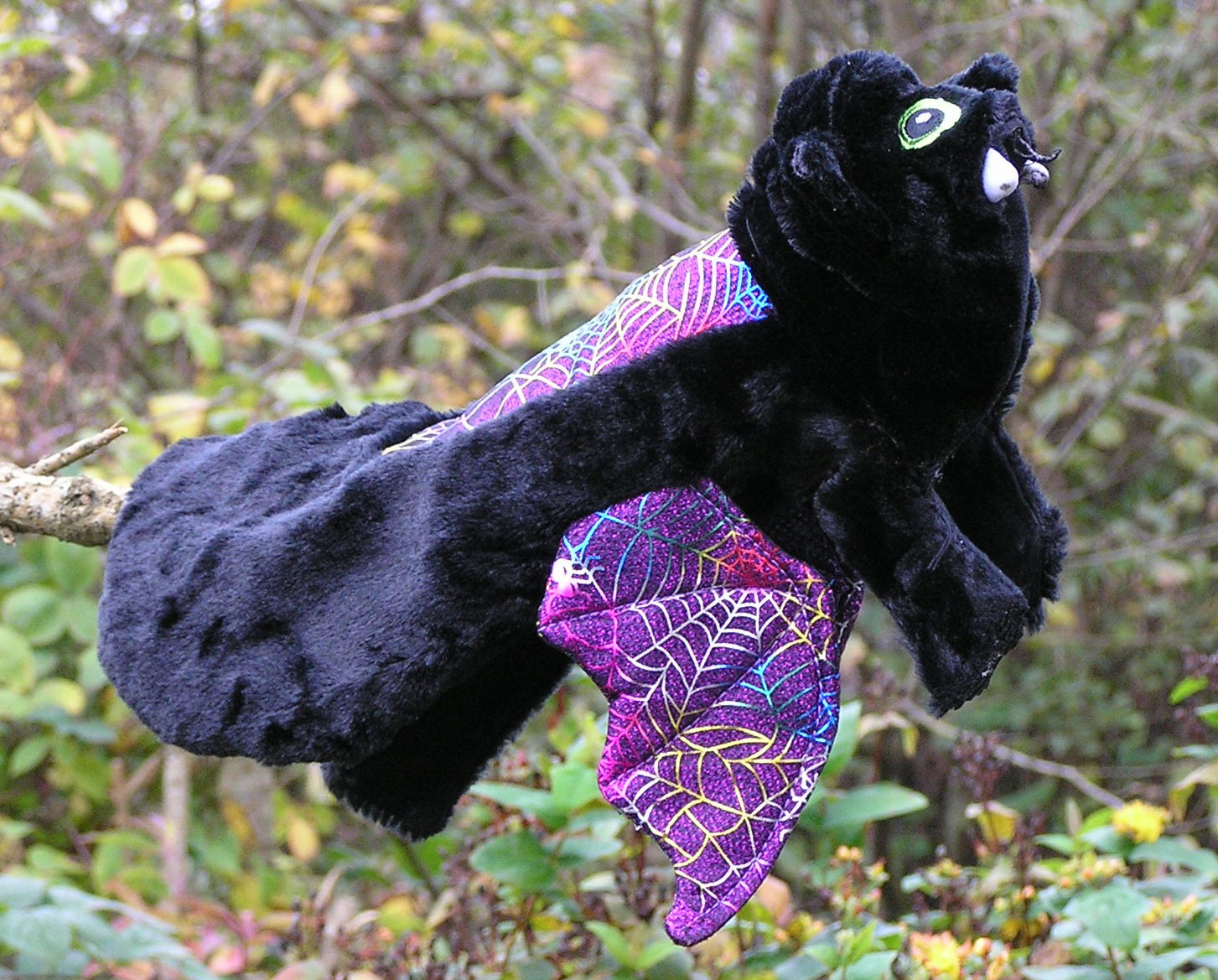 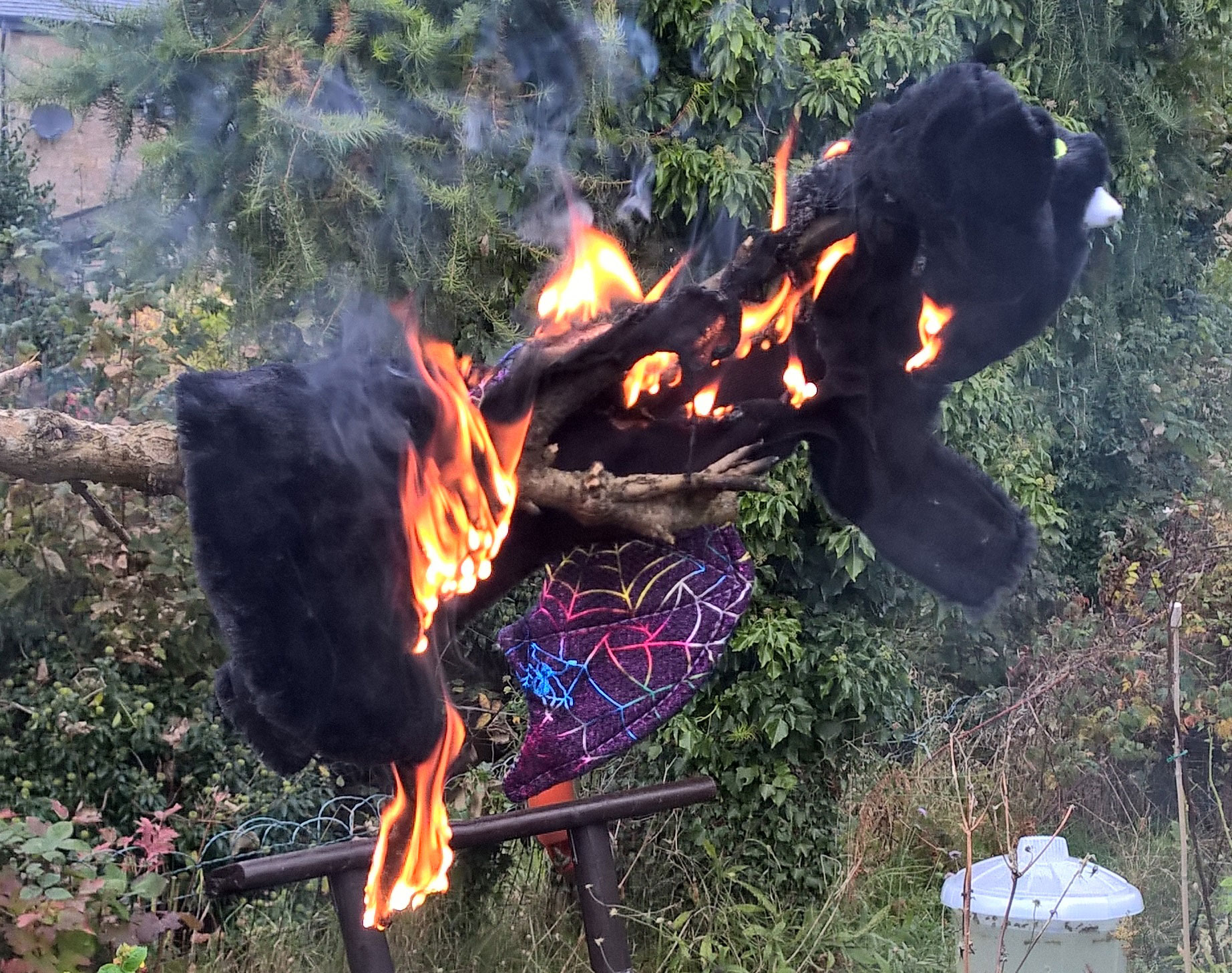 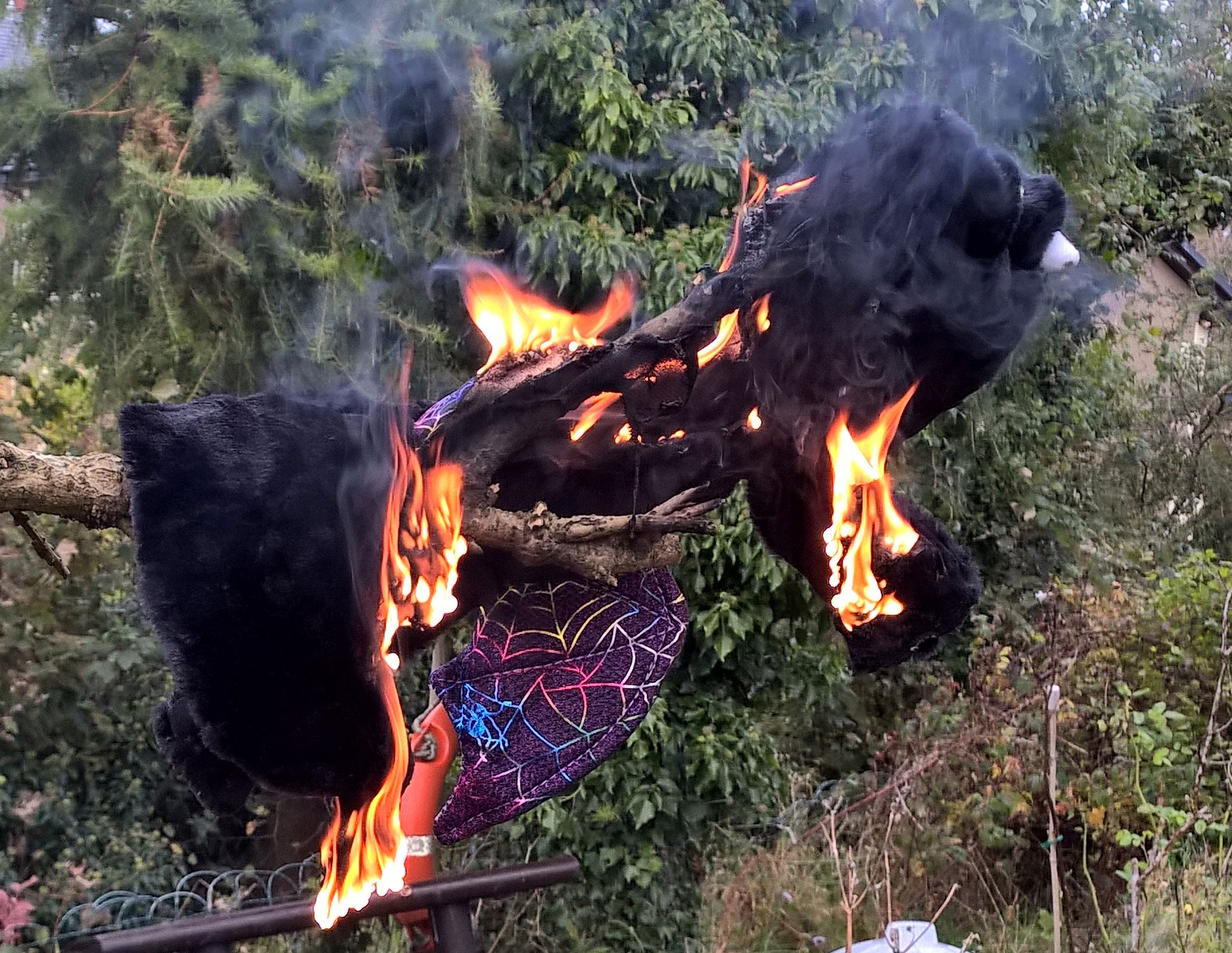 EDITORS NOTES: Sorry for the late posting as it was only last night a member of the public asked us about the safety of Halloween costumes for pets.